[PDF] Best Essay Books In Hindi For UPSC & Other Competitive…

Lexicon for Ethics Integrity and Aptitude by Chronicle PDF | Free… 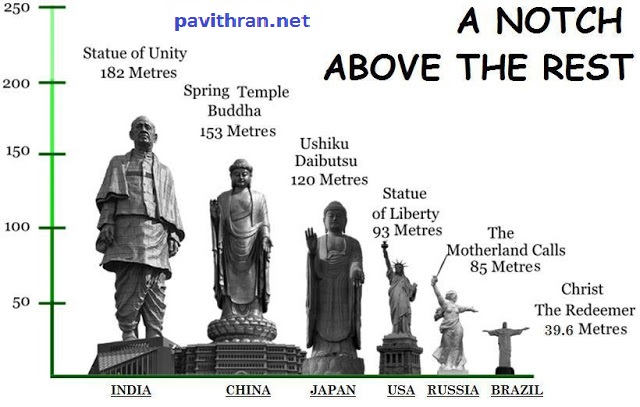 Statue of Unity- Highest Statue in the World

In the initial stages of the freedom movement, Patel was not interested in politics or the principles of Mahatma Gandhi. However, after meeting Gandhi in Godhra, Patel joined the Congress and became the secretary of the Gujarat Sabha that became a Congress stronghold later.

In the Kheda district of Gujarat, India during the period of the British Raj, was a Satyagraha movement organized by Mohandas Gandhi. It was a major revolt in the Indian independence movement. It was the third Satyagraha movement after Champaran Satyagraha and Ahmedabad mill strike. Gandhi organised this movement to support peasants of the Kheda district. People of Kheda were unable to pay the high taxes levied by the British due to crop failure and a plague epidemic.

Gandhiji said that if it were not for Vallabhbhai’s assistance “this campaign would not have been carried through so successfully”.

It was a significant phase of the Indian independence movement from British rule. It was led by Mahatma Gandhi after the JallianwalaBagh Massacre. It aimed to resist British rule in India through non-violent means, or “Ahimsa”. Protesters would refuse to buy

British goods, adopt the use of local handicrafts and picket liquor shops. The ideas of Ahimsa and non-violence, and Gandhi’s ability to rally hundreds of thousands of common citizens towards the cause of Indian independence, were first seen on a large scale in this movement through the summer of 1920.

Gandhi feared that the movement might lead to popular violence. The non-cooperation movement was launched on 1 January 1921.

He actively supported the non-cooperation Movement launched by Gandhi. Patel toured the nation with him, recruited 300, 000 members and helped collect over Rs. 1. 5 million.

In 1925, the taluka of Bardoli in Gujarat suffered from floods and famine, causing crop production to suffer and leaving farmers facing great financial troubles. However, the government of the Bombay Presidency had raised the tax rate by 30% that year, and despite petitions from civic groups, refused to cancel the rise in the face of the calamities. The situation for the farmers was grave enough that they barely had enough property and crops to pay off the tax, let alone for feeding themselves afterwards. Having failed to secure redress by other means, the agriculturists of the taluka decided at a Conference on February 12, 1928, to withhold payment of land revenue under the leadership of Vallabhai Patel.

The movement was eventually led by Vallabhbhai Patel, and its success gave rise to Patel becoming one of the main leaders of the independence movement. It was a triumph not only of the 80, 000 peasants of Bardoli but more particularly of Vallabhai personally; he was given the title of “SARDAR” by the nation.

The Indian Statutory Commission, commonly referred to as the Simon Commission, was a group of seven British Members of Parliament under the chairmanship of Sir John Allsebrook Simon. The commission arrived in British India in 1928 to study constitutional reform in Britain’s most important colonial dependency.

The boycott of the Simon Commission was followed by the launching of the famous Salt Satyagraha by Gandhiji. Vallabhbhai Patel, though he had not committed any breach of the Salt Law, was the first of the national leaders to be arrested. He was in fact arrested on March 7, 1930 – some days before Gandhiji set out on the march to Dandi. He was released in June.

By then Gandhiji, Jawaharlal Nehru and other leaders were in jail and the tempo of the struggle in the country was rising. In a few months Vallabhbhai was back in prison.

SARDAR AS PRESIDENT OF INC:

In March 1931 Vallabhbhai presided over the 46th session of the Indian National Congress which was called upon to ratify the GANDHI-IRWIN PACT, which had just then been concluded. The task was not an easy one, for Bhagat Singh and a few others had been executed on the very day the Congress session opened and delegates, particularly the younger sections, were in an angry mood, while Jawaharlal Nehru and Subhas Chandra Bose were not happy with the terms of the Pact.

But the Congress finally put its seal on the Pact with one voice. Civil Disobedience was suspended, political prisoners were released and the Congress agreed to participate in the Round Table Conference.

The Round Table Conference failed. Gandhiji and other top leaders were arrested and a policy of repression followed. Vallabhbhai Patel was lodged with Gandhiji in Yeravada Jail and they were together there for sixteen months-from January 1932 to May 1933.

The Quit India Movement or the India August Movement, was a movement launched at the Bombay session of the All-India Congress Committee by Mahatma Gandhi on 8 August 1942, during World War II, demanding an end to British Rule of India.

Then the All India Congress Committee passed the famous Quit India resolution in Bombay on August 8, 1942, and Vallabhbhai, along with the other members of the Working Committee, was arrested on August 9, 1942 and detained in the Ahmednagar Fort while Gandhiji, Kasturba and Mahadev Desai were detained in the Aga Khan’s Palace.

The Sardar was in jail for about three years this time. When, at the end of the war, the Congress leaders were freed and the British Government decided to find a peaceful constitutional solution to the problem of India’s Independence, Vallabhbhai Patel was one of the chief negotiators of the Congress.

He sorted out the problems of partition, restored law and order and dealt with the rehabilitation of thousands of refugees with great courage and foresight.

He reorganised our Services which had become depleted with the departure of the British and formed a new Indian Administrative Service, to provide a stable administrative base to our new democracy.

When India attained Independence he became the Deputy Prime Minister and was responsible for the Home, States and the Information and Broadcasting portfolios.
It was in this capacity that he was called upon to tackle the most intricate and baffling problem of the States’ integration into the Union of India. And it is here that his tact, his powers of persuasion and his statesmanship came into full play.

He handled the question as only he could have handled it, managing, in less than a year’s time, to reduce the Princely States from 562 to 26 administrative units and bringing democracy to nearly 80 million people of India, comprising almost 27 per cent of the country’s population. The integration of the States could certainly be termed as the crowning achievement of Vallabhbhai Patel’s life. But for him, this may not have been achieved easily and quickly.

As Minister of Home Affairs, he presided over efforts to bring back order and peace to a country ravaged by communal strife unprecedented in its history. He accomplished this task with the ruthless efficiency of a great administrator.

Local tribals belonging to the Tadvi tribe opposed land acquisition for the development of tourism infrastructure around the statue. They have been offered cash and land compensation, and have been provided jobs. Activists like MedhaPatkar have also opposed the project. They also claimed that Sadhu Bet was originally called VarataBawaTekri, named after a local deity, and so it was a site of religious importance.

In a lower middle income economy like India, 3000 crore is not a value that is to be invested on monuments. Recently, farmers all over our country are facing a major setback in agriculture due to various factors. Kerala and Tamil Naduare recently affected by floods. The loss in Kerala floods are estimated to be about 20, 000 Crore, whereas the centre gave the relief fund of only 700 crore. Kaja Cyclone which hits the south-east districts of Tamil Nadu causes much destruction and our people are struggling once again to come out of this disaster.

“My Only desire is that India should be a good producer and no one should be hungry, shedding tears for food in the country”

These are the words of SardarVallabhai Patel. Worshipping a leader without following his principles is of no use. So government should think of the above criticisms as well.